A Brief History of Piccalilli 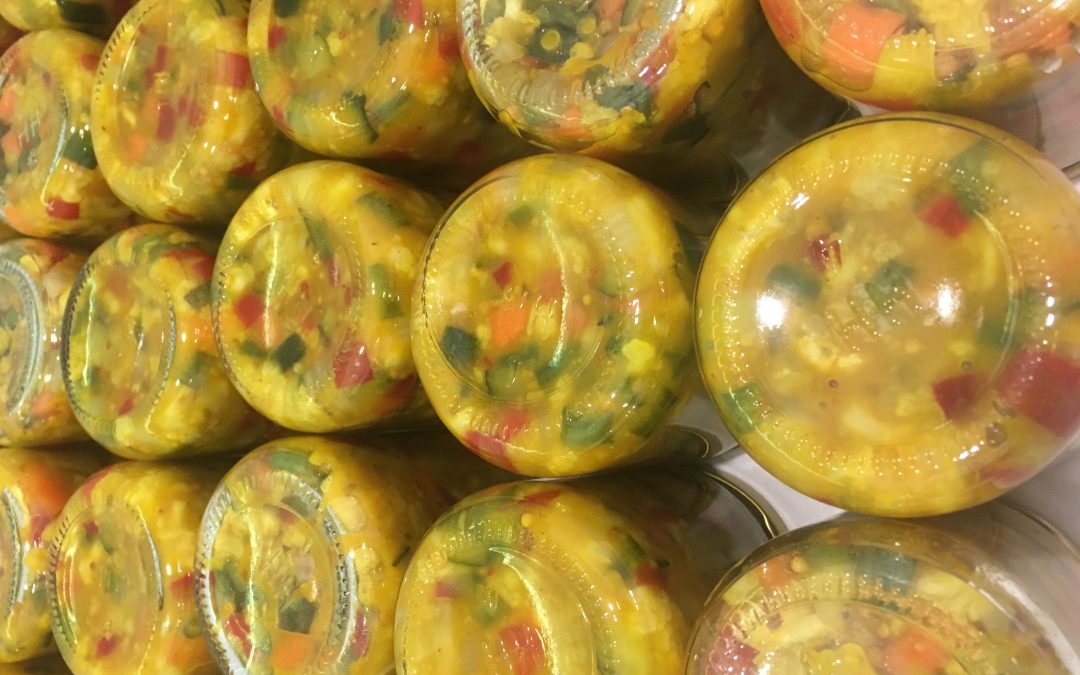 After receiving the Great Taste Award 2-star for Youngs Provisions, we wanted to dig a little deeper into the history and origins of Piccalilli.

The best explanation was found in British History Online – www.british-history.ac.uk

‘A pickle is composed of a mixture of chopped vegetables and hot spices, one of which is invariably turmeric that gives its distinctive colour. Piccalilli was also known as Indian pickle and English Chow Chow [Simmonds (1906)]; [tradecards (18c.)]. Mason and Brown suggest that this pickle was introduced in the middle of the eighteenth century, and that its name was probably a play on ‘pickle’.

The first known record of the name ‘piccalilli’ is in 1772 by a Mrs Raffald in her cookbook, who gave a recipe for making ‘Indian Pickle or Piccalillo’ that is very similar to modern ones. Her recipe was clearly adapted to domestic cookery, using only common vegetables like cabbage, cauliflower, cucumber, raddish pods, kidney beans and beetroot or ‘any other thing you commonly pickle’.

No recipe book prior to Raffald’s has been found to contain a recipe under the name of piccalilli, but thereafter most included one, often lifted virtually verbatim from Raffald. Tellingly, the first edition of Hannah Glasse’s cookery book did not contain a recipe for it, but by the 5th edition in 1755 she included one for ‘Indian Pickle’.

‘If piccalilli originated in the east, which is at least possible given its alternative name, it may have formerly had more exotic ingredients along the lines of skill’s ‘Indian pickles, or exquisite and much admired Pickalilly, composed of hot mixed pickles after the manner of those prepared in the east indies; Mangoes, cauliflowers, lemons, gherkins, onions, samphire, Indian cabbage, French beans, carrots.

Although up-market shops may have continued to sell such exotic versions, piccalilli became par excellence the pickle of choice for domestic make, as it readily accommodated gluts of vegetables from the garden. as Raffald advised, ‘you may put in fresh pickles, as things come in season, and keep them covered with vinegar.’

To try our delicious award-winning Piccalilli, visit our shop here.